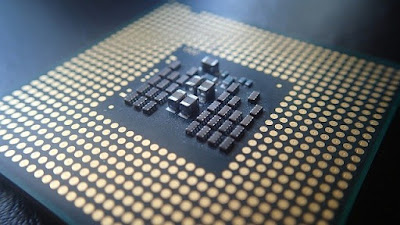 Hey, their guys today we are going to do a comparison of two latest mobile processor flagship chipsets of  2022 that are to say the snapdragon865 and MediaTek dimesity 1000. If you end up liking the article and want more such comparisons, then leave a comment below.
Now let’s get started with our blog.
Manufacturing process Qualcomm has gone with TSMC this year using the improved 7nm “N7P” node whereas Mediatek uses 7nm “N7” node. The N7P is simply an optimization of the N7 process; it uses the same design rules and is fully IP compatible with N7.
CPU Both the chipsets are octa-core and use ARM Cortex design Qualcomm uses the same 1+3+4 design as last year and retains the same frequencies 1x Kryo 585 Cortex A77 clocked @ 2.85GHz this time.
We hoped to see 3Ghz but that didn’t happen 3x Kryo 585 Cortex-A77 clocked @ 2.4GHz and the rest of the low powered 4x Kryo 585 Cortex-A55 clocked @ 1.8GHz The MediaTek Dimensity 1000 uses a dual cluster4+4 design making it a little different than the competing flagship models.
But the best part is, this chipset uses cortexA77 which are not found even in some flagships like kirin 990 and Exynos 990. The exact specification is: 4 powerful x Cortex A77 clocked @ 2.6GHz&amp; 4 low powered x Cortex A55 clocked @ 2.0GHz The Geekbench scores show Snapdragon is considerably more powerful in single-core and very close in multi-core performance.
The main reason for this is the semi-customary 585 cores. GPU Qualcomm has bumped up their GPU to the Adreno 650 which is supposed to have a 25% performance improvement and is 35% more power-efficient. Compared to sd855 with Adreno 640GPU.
And if compared to sd855+ – its roughly 10%better. One new innovation made by Qualcomm is, it will be releasing driver updates like NVIDIA and AMD, Making it the first company to do something like this in Smartphone Industry.
The updates will optimize and fix bugs for newly launched games and make their chipset stand against the time. But it has a big flaw, the updates might get delayed, as we know how updates work with android.
The MediaTek Dimensity 1000 will make use of the Mali-G77 and features 9 cores and the frequencies have not been revealed. It also has MediaTek HyperEngine 2.0 for smooth gaming. There is no proper way to tell which one is better and we don’t even have any benchmark scores or tests but based on past results and some innovations Qualcomm GPU’s are always one step ahead of the competitors, so this round also goes to Qualcomm.
The Qualcomm Snapdragon 865 touts a fifth-generation AI Engine, featuring a new Hexagon TensorAccelerator. Qualcomm says the new chipset delivers 15TOPS (trillion operations per second), compared to the Snapdragon 855’s 7 TOPS.
Qualcomm says the AI power can be put to good use translating your speech into another language in real-time while retaining your voice. MediaTek also employs its own third-generation neural processing unit which it calls “APU 3.0”.
They claim they have doubled the performance over its previous generation chipsets. Qualcomm hasn’t been benchmarked yet, but we have a result of MediaTek, and it tops the list. So you decide which processor would win this round.
I’ll get to its 5G capabilities but you have to wait some more. DisplaySupported display for snapdragon is 2160 x 3840 pixels, 4K @60Hz refresh rate or QHD+@144Hz and MediaTek support for Full HD+ 1080p panels at up to 120Hz and 2K+ 1440p panels at up to 90Hz MemoryQualcomm uses a hybrid memory controller, supporting both LP4X and LP5 memory standards.
LPDDR4X is supported to up to 2133MHz, whileLPDDR5 memory is supported 2750MHz, Max Up to 16GB RAMMediaTek SoC supports 4-channel LPDDR4X memory, with a maximum of up to 16GB RAM. Imaging / ISPQualcomm have made some impressive improvements with their imaging.
The new Spectra 480 also claims power efficiency upgrades being 35% more power efficient and The Snapdragon 865 is an absolute beast on paper when it comes to photography, supporting 200MP cameras. The new SoC is able to now record in 4K HDR while simultaneously capturing up to 64MP still shots. It can even support 4K120 and 8K30 video recording and you also have the option to record using the Dolby Vision HDRstandard.
Slow-motion footage can be recorded at 960fps, but unlike other chipsets, this can be recorded indefinitely. The Mediatek comes with a capable ISP that should compete with other flagships. They have announced the new SoC will support camera sensors with resolutions of up to 80MP at 24fps or multi-camera setups with 32+16MPsensors.
Media encoding capabilities fall in at 4K60. You guys have waited long enough so Now let’s check their 5G capabilities and quickly wrap it up. Interestingly enough Qualcomm opted not to integrate a 5G modem with the SD865 instead using the X55 modem externally. Oddly, Qualcomm says it won’t allow device makers to use the Snapdragon 865 in any devices that lack 5G.
So, Qualcomm is essentially forcing flagship phone makers to buy 5G modems and make the changeover in 2020. It is claimed the reason behind this is that it makes it easier for companies to design their phones around it. The X55 supports both 4G and 5G networks. It can reach download speeds of up to 7.5Gbpson 5G.
It also supports both Standalone and Non-Standalone5G networks, as well as sub-6 and mmWave frequencies. There’s Wi-Fi 6 onboard along with Bluetooth5.1 for wireless connections As for MediaTek MediaTek’s Dimensity 1000 is the Company’s first 5G mobile SoC in its 5G family of chipsets.
This chipset comes with an integrated modem, The Dimensity 1000 supports 5G two-tier carrier aggregation while boasting the throughput of 4.7Gbps downlink and 2.5Gbps uplink speeds over sub 6GHz networks It does not get mmwave. It also includes the latest Wi-Fi 6 and Bluetooth5.1 standards for the fastest and most efficient wireless connectivity.

Which is the best mobile processor